Each year, NREF reviewers perform a rigorous grant application review before choosing the researchers and projects to fund. NREF then provides the seed money for research projects that oftentimes receive additional funding from other sources, such as the National Institutes of Health (NIH). In fact, 82% of NREF awardees between 2000 and 2015 obtained later funding totaling over $770M – an impact ratio of $1:$134. 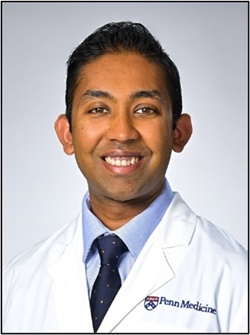 In 2016-17, Visish M. Srinivasan, MD, received an NREF Research Fellowship Grant for his project titled “Endovascular Delivery of Allogenic Human Mesenchymal Stem Cells Transfected With The Delta-24 Oncolytic Virus In A Canine Model Of Glioblastoma.” Mentored by Frederick F. Lang, MD, FAANS, and Peter Kan, MD, FAANS, Dr. Srinivasan’s research has received follow-up funding from Brain Cancer SPORE (National Cancer Institute) for a project titled “Preliminary Study of Super-selective Intra-arterial Infusion of Human Mesenchymal Stem Cell-based Therapy in a Rabbit Human Glioblastoma Model.” The research he conducted with NREF funding led to a Phase 1 clinical trial that is ongoing at the MD Anderson Cancer Center. Meanwhile, he finished training and launched a lab at the University of Pennsylvania, where he’s the neurosurgical director of the Kim Family Neurovascular Innovations Lab, where they are conducting translational research for neurovascular disease, with a focus on endovascular technologies. His initial pilot project is studying the molecular mechanisms underpinning flow diversion for aneurysms. Dr. Srinivasan shared these thoughts about how the award had impacted his career:

“The NREF grant I received for research during my research year in residency was extremely important to my overall career trajectory. That year convinced me to pursue a career as a surgeon-scientist; that my proposal was funded reinforced the potential for this sort of translational science to be the basis for such a career.”

Consider a donation to the NREF to create more stories like this one.