The Neurosurgery Research & Education Foundation (NREF) works to advance the specialty and improve patient care. For the NREF Board of Directors, our lodestar is the excellent stewardship of NREF donations. Your generosity allows the NREF to develop meaningful education and support relevant research. The investment you make in the NREF goes back to neurosurgery enriched by careful investment and empowered by thoughtful distribution.

Since its inception, the NREF has invested over $20 million in the future of neurosurgery, including funding more than 600 Fellowships and Young Clinician Investigator Awards. Over the past year, your support made it possible for the NREF to give out six additional fellowships and two more research grants, including a record number of Medical Student Summer Research Fellowships (27!), new CV Section Traveling Fellowships and directed Post-residency Clinical Fellowships.

For many in our field, support from the NREF provides a springboard to success. Over 30 percent of NREF grant recipients go on to receive NIH funding and nearly 20 percent are chairs of academic departments. Collectively, through the NREF, we have the power to light the way for neurosurgeons, this generation and the next.

As we approach the New Year, we are reflecting on those who changed the course of our careers, advanced our cherished profession and benefited countless patients’ lives by supporting the NREF.

It is an honor and a pleasure to serve as the chair of the NREF and I thank you for including the NREF in your philanthropy. 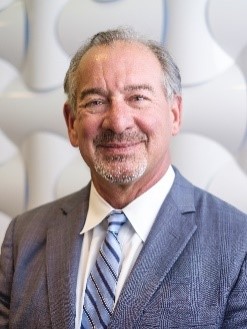 Warmest regards and best wishes for the New Year,