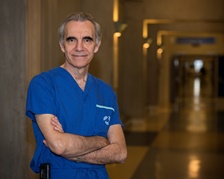 Fund Purpose: The award is to recognize and honor a mentor in neurosurgery, in the area of skull base surgery that provides engagement, guidance and support of learners. A mentor that fosters positive academic skills and behaviors. A mentor that provides compassionate leadership for the cultivation of competent, compassionate generations of neurosurgeons who deliver exceptional care to patients and their families.

Fred Gentili, MD, MSc, FRCSC, FACS FAANS, completed his medical training at The University of Toronto (UofT). After a surgical internship, he completed a Master’s degree in the Institute of Medical Sciences at UofT. Dr. Gentili entered the Neurosurgical Training Program at the University of Toronto (Gallie Surgical Program) completing his training and becoming a Fellow of the Royal College of Physicians and Surgeons of Canada (FRCSC) in 1980. 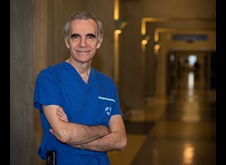 He was awarded a McLaughlin Fellowship to pursue advanced training in skull base and micro-neurosurgery, completing clinical fellowships at the University of Zurich with Professor G. Yasargil and at the National Hospital Queen Square in London, England with Professor L. Symon. Dr. Gentili was certified by the American Board of Neurological Surgery in 1986 and is a Fellow of the American College of Surgeons (FACS).

Dr. Gentili joined the neurosurgical staff at the Toronto General Hospital in 1982 and served as Full Professor in the Division of Neurosurgery at the Toronto Western Hospital, University Health Network and University of Toronto.

Dr. Gentili authored more than 100 publications and over 25 book chapters. He received numerous honors/awards during his career, including the Gold Medal from the University of Messina and the College of Physicians and Surgeons of Ontario Council Award recognizing clinical excellence in patient care. In 2013, he received a Regional Italian Award, The Giacomo De Le Marche Award, for excellence in Neurosurgery. In November 2015, Dr. Gentili received the Sir Charles Balance Memorial Medal from The British Skull Base Society and in July 2021, he was awarded the first World Federation of Skull Base Societies Gold Medal of Honor.