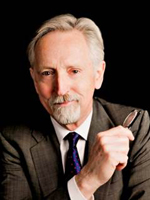 Fund Purpose: For education and research in the Neurosurgical treatment of pain.

Under the tutelage of Drs. Ward, Ojemann, Loeser and Wyler, Dr. Burchiel's interest in functional neurosurgery was established with a specific interest in pain, functional neurosurgery and epilepsy surgery. Upon completion of the residency program in 1982, Dr. Burchiel remained on the staff of the University of Washington as assistant professor and chief of neurosurgery at the Seattle VA Medical Center. During his six years at University of Washington, most of his laboratory efforts were devoted to the study of mechanisms of peripheral neuropathic pain and clinical interests in the treatment of pain with a major clinical interest in the treatment of pain.

In 1988, Dr. Burchiel accepted the position of professor and head of the division of neurosurgery at Oregon Health Sciences University in Portland, Ore. During his tenure there, the OHSU Division of Neurosurgery has expanded to become a clinically active program with a fully accredited residency training program in neurosurgery with emphasis on clinical and basic neurosurgical research. In 1997, the department of neurological surgery was established by the dean of the School of Medicine.

Dr. Burchiel currently serves as the John Raaf professor and chairman of the department of neurological surgery, Oregon Health and Science University and sits on the Executive Committee of the OHSU Medical Group.