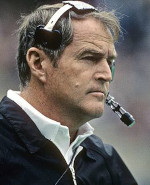 Fund Purpose: To fund research in diagnosis, treatment and prevention of brain injury in sports.

Joseph Charles Maroon, MD, FAANS(L), was born in Wheeling, West Virginia. His athletic abilities earned him an athletic scholarship to Indiana University in Bloomington, Indiana. As an undergraduate at Indiana, he was selected as a Scholastic All-American in Football.

Following his undergraduate education, he obtained his medical and neurosurgical training at Indiana University, Georgetown University, Oxford University in England and a microsurgical Fellowship at the University of Vermont under R. M. Peardon Donaghy.

Dr. Maroon’s clinical and research interests include the development of minimally invasive surgical procedures for diseases of the brain, orbit and spine, prevention and treatment of traumatic injuries to the central nervous system, innovative approaches to pituitary and other brain tumors, complementary and alternative medicine approaches to inflammatory diseases associated with aging, and the prevention and treatment of sports related injuries.

He is the co-developer of ImPACT, a neurocognitive test that is now the standard of care for concussion Management in the NFL, NHL, MLB, NASCAR and over 12,000 high schools and colleges in the United States. It is the only FDA approved test for concussion evaluation (2016). 23 million athletes have been baseline tested to date.

Dr. Maroon is a frequently invited speaker to regional and national groups on the syndrome of “Burnout,” the pathophysiological consequences of stress and methods for acquiring resilience and balance in one’s life. He serves on the editorial boards ofNeurological Research, The Physician and Sports Medicine, Surgical Neurology International (Associate Editor), and Anti-Aging News Journal.

He has been the team neurosurgeon for the Pittsburgh Steelers for the past 30 years and the first neurosurgeon appointed in the NFL. He has served as a member of the NFL Head, Neck and Spine Committee since 2007.

In 1986, he was honored as the President of the Congress of Neurological Surgeons, the largest society of neurosurgeons in North America. He has been honored for his contributions in neurosurgery by many national neurosurgical societies in foreign countries and has published over 290 peer-reviewed papers, 64 book chapters and seven books. He is on the editorial board of four journals. Dr. Maroon’s publications can be reviewed through the National Library of Medicine’s publication database.

Dr. Maroon’s honors and appointments include:

He was a 1999 Inductee into the Lou Holtz Hall of Fame for athletic accomplishments and contributions to sports medicine along with Joe Montana, Kareem Abdul Jabbar, John Havlicheck and Phil Niekro. Dr. Maroon was inducted into the Western Pennsylvania Hall of Fame in 2009 and the National Fitness Hall of Fame in Chicago in 2010. As Medical Director of the Live Free African Freedom tour in February 2014, Dr. Maroon along with a group of amputees and his daughter, Isabella, summited Mt. Kilimanjaro, the highest freestanding mountain in the world.

Chuck Noll is certainly well known as the Hall of Fame coach who helped turn the Steelers into an NFL powerhouse, leading the franchise to a remarkable four Super Bowl wins in just six years. Chuck, a man of few words, remains to this day the standard by which all others who coach the Black and Gold will be measured.

But what you may not know is Chuck Noll’s critical role in helping to dramatically increase the understanding of concussions, and pioneered important changes to testing concussions in athletes. His inquisitive mind ultimately led to substantial safety changes across many different sports and levels of competition.

In an era when little was known about concussions, Noll’s commitment to the well-being of his players led to a breakthrough. In 1990, when one of those players had to sit out because of a concussion, Noll asked Dr. Joseph Maroon, the Steelers’ neurosurgeon, to look into head injuries and their effects.

Dr. Maroon ultimately teamed up with Mark Lovell, PhD, and Micky Collins, PhD to create a baseline test for determining the cognitive effects of concussions, the forerunner of what would become the Immediate Post-Concussion Assessment and Cognitive Test (IMPACT). The IMPACT Test is today used to monitor athletes’ concussions worldwide. Thanks to Chuck Noll, players today have a medically sound scientific objective method of determining when it is safe to return to play.

The Chuck Noll Foundation for Brain Injury Research is proud to honor the memory of a true innovator for his lasting contribution to player safety by naming our organization after him.